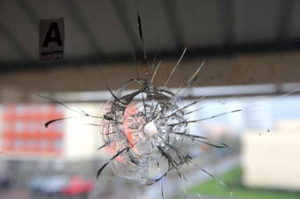 Today witnessed a deadly racist attack at Quebec City’s Islamic Cultural Center. Racist violence against houses of worship is far too common. Here’s an update of two prayers I wrote after a deadly shooting at Emanuel African Methodist Episcopal (AME) Church, Charleston, S.C., and an arson attack at the Church of the Multiplication in Israel. Optional language appears in [brackets]. May there come a time when this prayer is no longer needed.

ADDENDUM, April 9, 2017: Today we grieve with the Coptic community of Egypt.

ADDENDUM, April 28, 2019: The last month has seen attacks against Muslims in New Zeland, Christians in Sri Lanka and Jews in California.

Oh G-d,
We implore You,
Look down upon the suffering
Perpetrated against churches, mosques and synagogues,
Against houses of worship in so many lands,
By the hand of wickedness,
By the hand of malevolence,
By the hand of ignorance and sin.
Today we remember with sadness the attacks on ________________
[Add names of religious institutions, such as “Islamic Cultural Center, Quebec City,” “Emanuel African Methodist Episcopal AME Church,” “Church of the Multiplication of Loaves and Fish,” “Kehillat Bnai Torah Yeshiva Synagogue,” “Kano Central Mosque” or Sikh Temple of Wisconsin.]
[And the loss of precious life.]
[We remember: ________________. (Add names of individual victims.)]

With Your gentle and loving hand,
G-d of Shelter,
Unite all of your children
Under Your canopy of hope and love.
Bring the light of salvation and healing
To the four corners of the earth.

Postscript: There have been more than 90 documented attacks on historically black churches in the U.S. since 1956. On Wikipedia, there are 52 pages listing attacks on synagogues and Jewish communal organizations throughout the world; some of those pages include multiple incidents. Wikipedia also lists 21 pages of attacks on mosques. This prayer is an adaptation of my prayer “For the Yazidi People.” The introduction and the illustration for this prayer were updated on Jan. 30, 2017, in response to the shooting in Quebec City.

Photo Source: Montreal Gazette (bullet hole in the window of a prayer room at a mosque in the Sablons neighborhood of Le Mans)