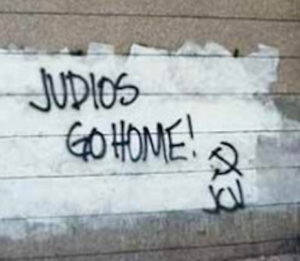 This prayer is a response to Saturday’s anti-Semitic terror attack at the Jewish Museum in Brussels. Again, Israelis and Jews targeted and dead. This is an adaptation of a prayer “For the Jews of France,” which I also recently adapted “For the People of Kansas City.” Both were tailored to the situation, much like the two prayers I posted after the 2012 terrorist attack on Israelis in Bourgas, Bulgaria. It seems, at this point, that we need a general use prayer, one with a fill-in-the-blank line so it can be available immediately after an attack. See also: “At the Hand of Anti-Semitism: A Yizkor Prayer.”

Source and Creator,
Grant a perfect rest under your tabernacle of peace
To the victims of murder in
______________________ (name of city and country)
Whose lives were cut off by violence,
An act of witless aggression
And calculated anti-Semitism.
Remember the survivors of this horror,
And the victims of any violence, suffering or despair.
Grant them shelter and solace,
Comfort and consolation,
Blessing and renewal.
Grant them endurance to survive,
Strength to rebuild,
Faith to mourn,
Courage to heal,
And devotion to each other.

Heavenly Guide,
Hand of love and shelter,
Put an end to anger and hatred,
Bigotry and fear,
And lead us to a time when no one
Suffers at the hand of another.

Postscript: The prayer “For the Jews of France” is an adaptation of prayers I wrote in response to violence in Norway and attacks in Mumbai, which were based on two of my other prayers, “At the Hand of Violence” and “In Devastation.” Find related prayers in my “Liturgy for 9-11.”